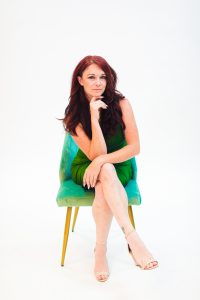 Originally from Pine Island Florida, Brianna has been dancing since the age of 3. She has taught and studied many different styles of dance over her career including jazz, lyrical, tap, acrobatics, and hip hop to name a few.

She was a competitive dancer for 12 years attending various competitions across the nation. She gained recognition from Starpower’s Power Pak Tour and received over 65 medals, 25 top overall scores, and several special recognition awards for her dancing abilities and choreography skills.

In more recent years she has continued taking dance convention classes and seminars all over the state. Brianna has an extensive ballet and pointe background mainly focused around the Cecchetti Method of Ballet. The method tests students and teachers annually on technique, dance theory, and terminology in both English and French.

She is certified at the highest grade in student Levels I-VI as well as a Teacher Certification. In 2006 she was the State of Florida Full Scholarship winner for the Cecchetti Council of America National Summer Program held in Michigan. While there she studied ballet, pointe, modern, interpretive movement, and partnering and concluded with a performance in the Annual Summer Showcase.

She has also performed with the Sarasota Ballet Company in their annual production of The Nutcracker. She attended Cypress Lake High School Center for the Arts where she took classes in many forms of dance as well as taking additional courses in drama, dance history, staging, choreography, performance layout, stage tech, costuming, and show management. An experienced choreographer, she has taught at studios in Southwest and Central Florida for the past 15 years.

She tries to instill a good work ethic in all of her students and believes stamina, strength training, creative freedom, artistic movement, and a dash of silliness are all vital to a well-rounded dancer. She looks forward to providing Edge students with classes and choreography that will both challenge and excite them!